The store will not work correctly in the case when cookies are disabled.
Your company account is blocked and you cannot place orders. If you have questions, please contact your company administrator.
Please refresh this page to improve your experience.
Top 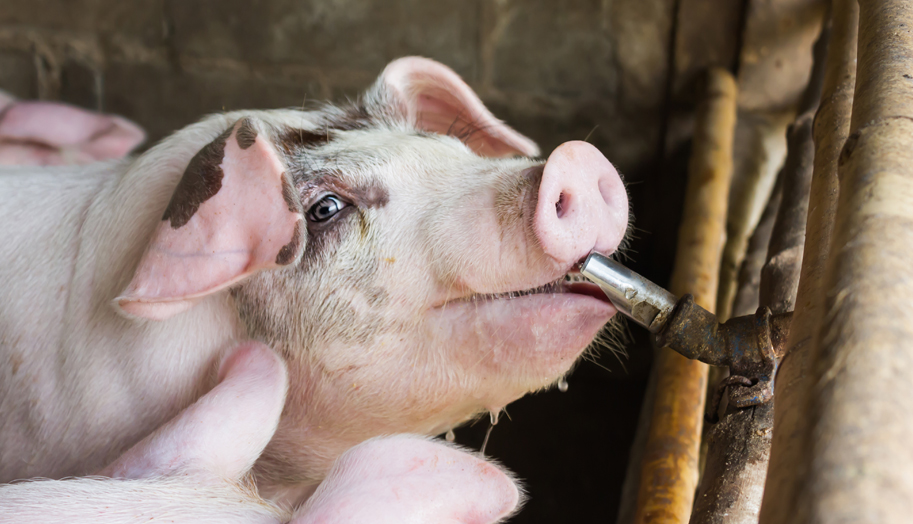 Basic Measure to Stop The Spread of Infectious Disease

The 2009 H1N1 swine flu outbreak was a powerful reminder of how quickly infectious disease can spread through the swine industry and the importance of maintaining strict biosecurity protocols. Transmissible gastroenteritis and foot-and-mouth disease spread easily and can be hard to contain. Other diseases, like swine vesicular disease and classical swine fever, spread less readily. Regardless, implementing and enforcing basic biosecurity measures on the pig farm can help dramatically reduce the spread of diseases that affect profitability and help ensure public safety.

Biosecurity is a series of protocols and procedures designed to prevent the spread of infectious disease. These protocols need to be communicated to, and followed by, every member of the farm or facility and be strictly enforced. There is little-to-no room for error in biosecurity. Given how easily disease spreads, it is imperative that every employee and visitor on a farm or facility has full buy-in to any biosecurity program.

Stocking your herd with pigs sourced from one location is a smart way to reduce the likelihood of introducing new diseases into your herd. Studies have shown that farms that source their herd from more than one producer in a year are three times more likely to become infected with Mycoplasma hyopneumoniae than farms that get their new animals from a single source.

Similarly, one of the most fundamental means of safeguarding against the spread of infectious disease is to use breeding stock from a single source. The practice of a closed-herd, by using artificial insemination, is a safer, though more limited, way to gain new herd genetics.

Using an isolation or acclimation space is also an important part of swine biosecurity. These can be off-site or attached to your current facility, but they should have the same strict entrance/exit protocols as your main facility and otherwise be consistent with your biosecurity system.

Replacement stock should, according to experts, remain isolated for up to 30 days while testing and observations are made, confirming there are no signs of disease. A six-week waiting period provides even more time for evaluation. Duties in the isolation unit should be performed last thing in the day with employees not returning to the main facility afterward.

Vehicles that transport new pigs to your facility will transport disease, as well. That said, most vehicles only present a biosecurity issue if they are used to transport pigs. Consistent communication with vendors is essential. Vendors should be made aware of the facility biosecurity protocols and should be expected to follow them without exception.

Limiting the number of vehicles entering the facility will help reduce the chance of disease outbreaks. To facilitate this, have deliveries made to an off-site location. Deliveries can be picked up by employees and returned to the facility. Similarly, keep trash receptacles, like dumpsters, off-site, as well. This is extremely important, particularly if a trash pick-up company is servicing at other farms or facilities. Likewise, having the power company read your meters remotely, if possible, will help ensure that meter readers are not entering your facility after entering other facilities or farms.

If your facility has open sides, it is important to erect a barrier around it in the form of a secure fence or wall. This will go a long way toward keeping not only wild and stray animals out (especially wild boars, if you live in an area populated by them), but intruders, as well. If the facility is walled and your biosecurity protocols already limit visitors, you may not need a barrier fence or wall.

Generally speaking, employees should not come into contact with other pigs—whether by visiting outside facilities or by keeping pigs at home. This means avoiding fairs, shows, sales, slaughterhouses, zoos, and any other location where pigs are present. If an employee should come into contact with any pigs, it is recommended that employee stay away from facility pigs for 48 hours, though downtimes are changeable based on the health status of the pigs and the phase of production.

Shower in/ shower out protocols have been shown to be effective deterrents against contamination. The facility should also provide any headgear and disposable boots, gloves, and clothing personnel will require to perform their duties safely. If the facility includes more than one building, it is important to provide disposable clothing for each one.

In facilities or farms that lack showers, all other biosecurity protocols should be followed, including changing clothes and boots when entering. Requiring employees to leave a second pair of work clothes and boots at the facility is a smart option. Washing face and hands is a basic important step, as is the use of boot washes, changed daily, in entryways.

People represent one of the largest and most common threats to your facility’s biosecurity. Any non-employee at the site must have a reason to be there and should never be allowed to enter the facility unless they are approved. If they must enter the facility, proper boots, coveralls, gloves, and headgear should be provided.

Recording who has visited the facility can be a critical means of identifying who may have introduced disease should an outbreak occur. Typically, visitors should have had no contact with other pigs for 48-72 hours. As mentioned, placing disinfecting mats or boot washes at entryways is a wise strategy as long as mats and/or washes are replaced at least once a day.

Rats, mice, insects, and birds all present challenges to any biosecurity system. Rats not only carry disease, but they will travel from facility to facility, farm to farm. Mice are known to carry salmonella and swine dysentery though they will not travel between facilities. Flies can actually travel as much as two miles and should be a preventative focus.

Regularly removing trash from the site is essential, as it will attract rats and mice. Similarly, any spilled feed should be collected. Maintaining short grass will help reduce mouse, rat, and other rodent habitats and a rock barrier next to the building can also be an effective measure for keeping rodents out.

Water can also carry contaminants like salmonella, so chlorinating the water is a smart practice. Make sure storage tanks and pipes are also clean.

Once all your biosecurity measures are in place, installing an air filtration system is a next smart step. Some pathogens are airborne, and studies within the last 10 years show a significant reduction in infections in filtered barns compared with unfiltered barns.

Use of double-door systems have also been effective for controlling air quality on filtered commercial farms in Minnesota. The Swine Disease Eradication Center production region model in west central Minnesota has tested the double-door system and found it to be highly effective in preventing infections from contaminated aerosols. In this system, a chamber with internal and external doors are used. Animals or personnel enter the chamber for a determined amount of time, typically from one to five minutes, depending on the chamber size, during which exhaust fans clean the air in the room. After the air is cleaned, personnel or animals leave the chamber.

Using signs to warn the public, direct traffic, or indicate restrictions will also help control the threat of contamination. Additionally, producers should be proactive disseminators of information to the surrounding community at public events and in the local media, emphasizing importance of staying away from the facility and the risks involved with unauthorized entry. The potentially devastating consequences of any biosecurity breach should be widely publicized for the benefit of both the producer’s bottom line and public health.

Biosecurity is an issue that benefits and affect all of us. What protocols work in your facility? Tell us in the comments section!

From its humble beginning selling livestock products to local producers out of a garage in 1982, QC Supply has grown into an international distributor to farms, businesses and resellers worldwide.